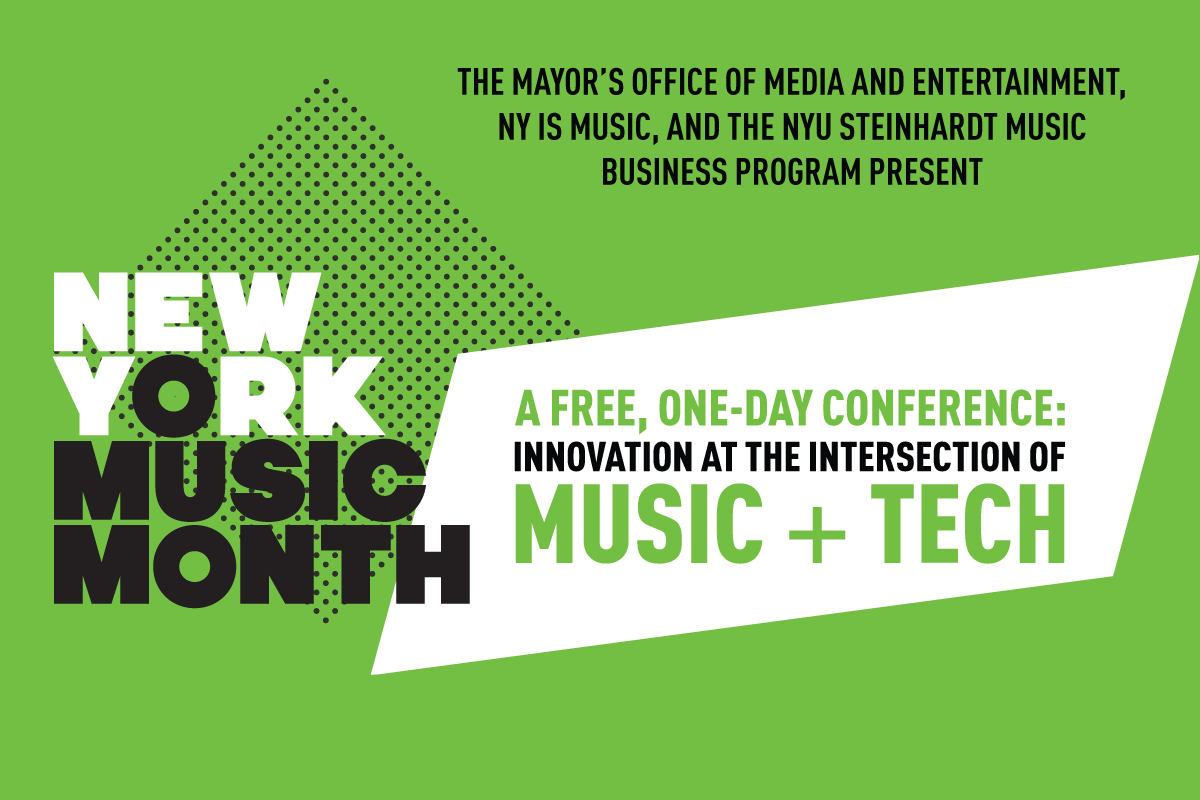 On June 4, as a part of New York Music Month, join us to hear from innovators and companies at the intersection of music and tech. New York City’s music ecosystem supports 60,000 jobs, $5 billion in wages, and $21 billion in economic output. More music related digital services companies have gotten their start in New York City than in any other city in the world. Come learn from those making NYC an international music tech capital.

Featuring a program of speed talks, keynotes, and interviews from leading voices in New York’s music tech scene, this annual one-day conference is a key component of NYMM — the official New York City celebration of the most diverse music scene in the world. Lunch is provided and a reception will immediately follow.

Presented by the NYC Mayor’s Office of Media and Entertainment, NY is Music, and the NYU Steinhardt Music Business Program, the New York Music Month: Innovation at the Intersection of Music + Tech conference, an event sponsored by royalty solutions provider SoundExchange and media partner Billboard.

Innovation at the Intersection of Music + Tech

Read More
THIS EVENT IS PRODUCED BY